Air has been putting their stamp of approval on great remixes since John Travolta was driving the cadillac of minivans. Some might even consider their 10,000Hz Legend remix album Everybody Hertz superior to the original. "Ok," you say, "but some people eat Cracklin' Oat Bran. I don't trust people!", you say. Well, who are you going to believe, me, or your lying ears? In honor of the gorgeous limited edition 20th Anniversary reissue of their 1996 12" Casanova 70 on drool-worth 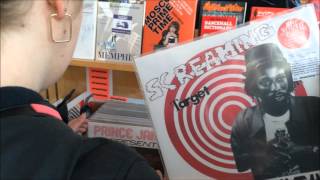